UNITED WAY OF THE MID-SOUTH 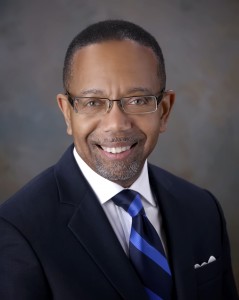 Dr. Robinson’s bi-professional synthesis of medicine and ministry has made him a strong leader in the areas of public policy, health and healthcare, and community development at the highest levels of local, state and national impact. He served in the Governor’s Cabinet as Tennessee’s Commissioner of Health (2003-2007), guiding significant contracting and grant-making authority within his Department’s $548 million budget. Prior to joining United Way, he was the consultant and public health policy advisor to the Mayor of Shelby County (2008-2015) and Chair of “Healthy Shelby,” which was highlighted by United Way Worldwide as a replicable model of public/private collective impact.

For 25 years (1991-2016), Dr. Robinson also served as Pastor and CEO of St. Andrew AME Church in Memphis; developing health and human services, high-quality childcare, Pre-K and K-5 education, and economic development initiatives.  He founded an associated CDC, The Works, Inc., a very effective nonprofit that partners with United Way to impact lives locally. The entire St. Andrew Enterprise has become a major stakeholder in creating a healthy, sustainable community; responsible for over $22 million of new investment in South Memphis.

He and his wife, Marilynn, have twin daughters – both accomplished physicians.