New day, new direction and a new home for United Way of the Mid-South at dynamic annual luncheon 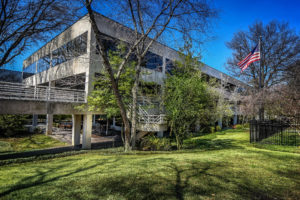 The big news at today’s luncheon was the new United Way headquarters building at 1005 Tillman, generously donated by Georgia Pacific. 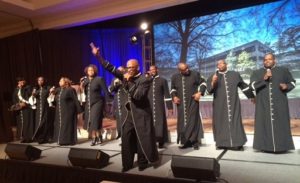 Billy Rivers and the Angelic Voices of Faith set the pace for a new day at the United Way Annual Luncheon.

It’s a new day at United Way of the Mid-South.

United Way of the Mid-South celebrated at its annual luncheon on Thursday, March 26 with a new CEO/President, Dr. Kenneth Robinson, a new vision and a new home! Dr. Robinson’s leadership started in February and he has “hit the ground running” with a fresh style of leadership, just in time for United Way’s move to its new, donated headquarters at 1005 Tillman. Georgia Pacific representatives James Barnes and Charmaine Ward announced the donation of the headquarters building to United Way, presenting Dr. Robinson with an oversized golden key as an onscreen animated map showed the path from United Way’s current location to its new address in the north Binghampton / Heights community. The move will take place later this year.

With a crowd of roughly 700 made up of local company employees, partner agencies and area volunteers, this year’s annual luncheon was a great success and received much attention on social media. 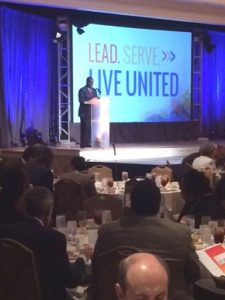 Shannon Brown, Chairman of the United Way of the Mid-South Board of Directors and Senior Vice President, Chief HR & Diversity Officer for FedEx, welcomed the crowd and shared the Board’s anticipation for the day. Brown’s remarks proved very true as he announced today would be “a historic day in the history of our United Way.” He then introduced Dr. Robinson and a performing choir (Billy Rivers and the Angelic Voices of Faith) that lifted the audience’s spirits.

Dr. Robinson shared his vision and goals in a presentation that highlighted achievements of United Way’s network and promised even greater future impact for the Mid-South.

The production would not have been possible without the talents and time of the FedEx events planning team, led by Mary Harvey Gurley, Tom Browning and numerous volunteers playing important roles behind the scenes for the program.

We will have additional coverage of this event early next week! You can follow many of the posts related to the luncheon by checking #UWMS on Twitter.